Celebrate an Anniversary with These Air Jordan 12 Playoffs 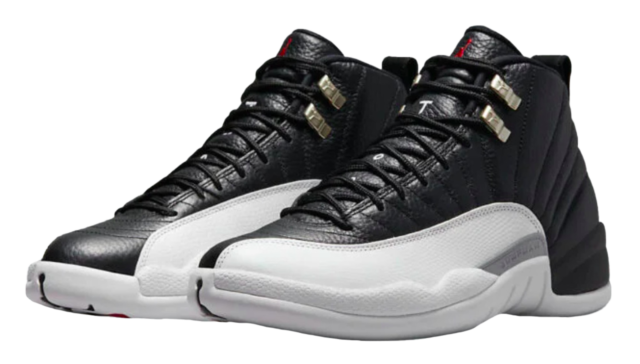 These Jordans feature a colorway reminiscent of the Jordan 12 Retro Playoffs released in 2012 and commemorate the 25th anniversary of the first drop of the Jordan 12 line. This shoe sports a mostly black leather upper with a fan-stitched effect and a white outsole and toe area, which is also in leather. The Jordan name is written inside a grey box on the outside of the midsole with an embossed effect, and the Jumpman logo appears in red on the tongue. The Jordan name and 23 branding are on the back of the ankle on the outsole and the pull-on strap. 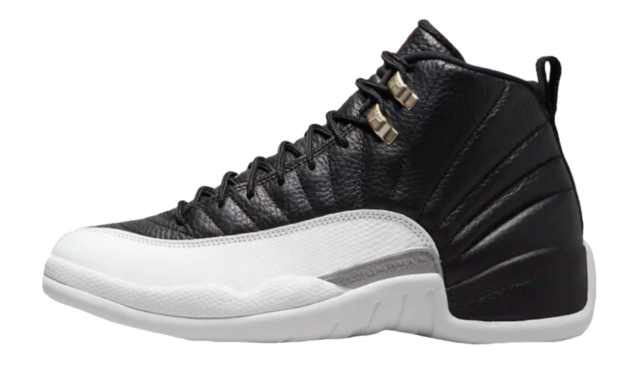