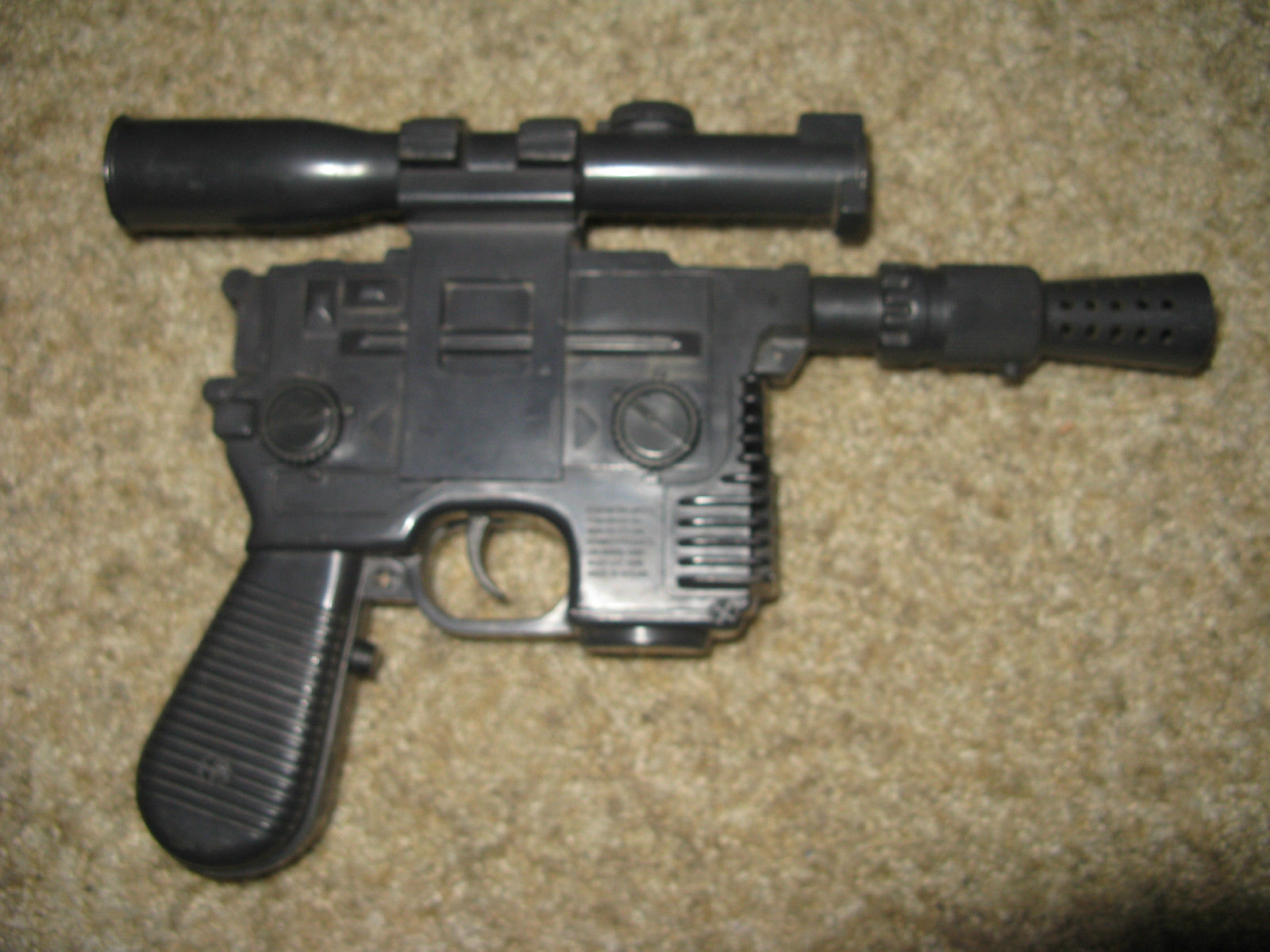 Movie props add detail to a scene in films and help actors to express feelings or convey intent through clothing, tools, electronics, guns, or other weapons. Gun and melee props such as a replica pistol or rifle appear real to the observer. Full lines of replica gun and melee props are available to collectors in various scales and levels of detail.

Replica firearms are often classified as either blank firing or non-firing props. Blank firing pistols, revolvers, and rifles are modified firearms that fire blanks. The blanks are filled with gunpowder but lack a bullet. Due to their characteristics, blank firing props can be dangerous. Non-firing replicas do not work, and these props are made from a variety of materials. The detail of these guns ranges from simple to complex and from realistic to imaginary in appearance.

Are fantasy and sci-fi props made into collectable replica weapons?

Yes, they are. A wide range of sci-fi replica guns is produced, including variations of the phaser used in the Star Trek movies and television series. Many of the iconic blasters, lightsabers, and rifles from the Star Wars universe are also available.

Are there blank or non-firing Civil War era movie guns?

The American Civil War is a theme in many Westerns, and the firearms of that period have been replicated many times. Blank and non-firing replica pistols, revolvers, and long guns used by the Confederacy and the Union have both been made into an acting aid. Examples include the Colt Army Model 1860, M1851 Navy Pistol, 1859 Sharps Carbine, 1860 Enfield Musket, Henry Repeating Rifle, and Philadelphia Derringer.

Do replica firearms that shoot blanks come with extra components?

Blank-firing weapons are considered working guns. While much depends upon the item being purchased (or the manufacturer that made it), many of these products will come in a storage case similar to one used for real firearms. Some blank firing items include ammo clips or tools to help keep the weapons clean and safely functioning.

Do they make DC or Marvel comic superhero movie weapons?

Many superhero items are made to collect or play with. DC heroes such as Batman have a full line of equipment produced, including Batarangs. Marvel-themed toys include Hulks hands, Thors hammer, and Wolverines claws. More detailed props used for cosplay or acting are also available. A full-sized Captain America shield or Iron Mans Arc Reactor represent energy and melee items that can add detail to an actors costume.