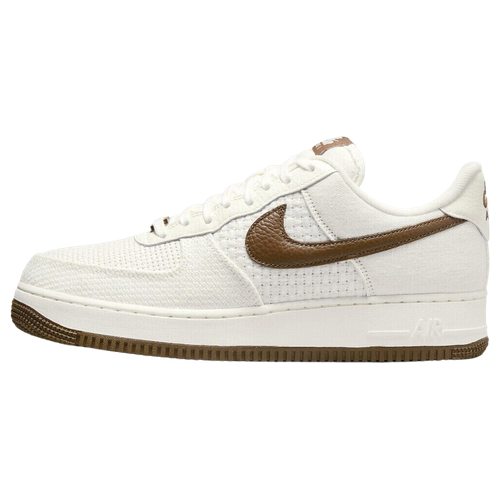 To celebrate the five-year anniversary of the Nike SNKRS App, Nike created this special version of the Nike Air Force 1. This throwback to an earlier version of the Air Force 1 from 2007 has a mostly white upper that combines synthetic textile fabric and woven mesh. The former wraps around the heel, slinks along the collar, wraps around the toebox, and runs up the midfoot and across the eyelets. The latter appears on both the toebox and midfoot. There's also a brown leather Nike Swoosh on the side and a white leather heel overlay. 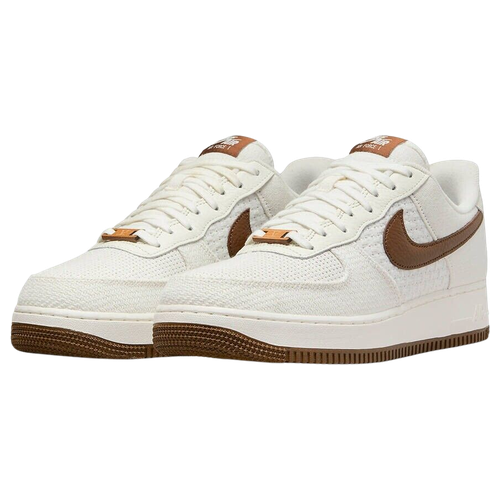