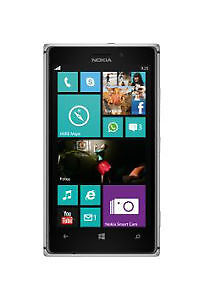 The Lowdown on AT&T-Enabled Nokia Smartphones

The Nokia brand has once again become a major player in the smartphone market. In 2017 and 2018, the company introduced an assortment of Android devices. AT&T offers a number of plans that allow you to use this versatile phone model when you need a cell phone for work, at home, or to help you plan your next trip.

What are some models of Nokia smartphones?

Nokia phones contain standard features, such as cameras, GPS integration, and calendar and calculator apps, as well as a few less familiar bells and whistles:

How do you pick the right Nokia smartphone?

Before you shop for a new Nokia, its a good idea to sit down and make a list of the features that are most important to you. If you want to be able to tweak your smartphones features yourself, an Android is probably easier to personalize. Some Android phones, such as the Nokia 6 described above, also allow you to expand their storage capacities by means of a memory card. Battery life is an important consideration as well.

The quality of the camera is also a strong point for many users. The higher the number of megapixels the camera in your smartphone supports, the more detailed the resulting photos are likely to be.

How should you take care of your new smartphone?Content provided for informational purposes only. eBay is not affiliated with or endorsed by Nokia.