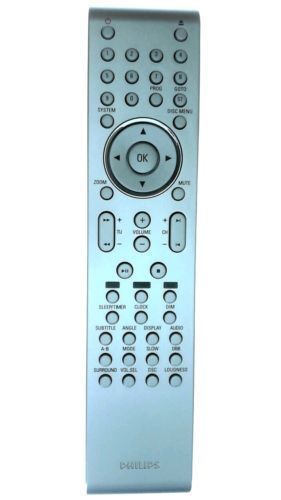 Philips has been a mainstay of the television manufacturing industry for generations. It isnt uncommon for a Philips TV owner to lose or damage the remote that came with their television. While losing a television remote is inconvenient, eBay offers replacement Philips TV remote controls for a wide variety of models, including many that are out of production and unavailable elsewhere.

How do you find the right Philips remote?

Will Philips remotes work with TVs not made by Philips?

Can you use a Philips remote to control other electronics?

While many remote control models are programmed only to operate Philips televisions, some may offer the option to operate other Philips-brand electronics, such as media players and sound systems. Compatibility ultimately depends on the model, and users looking for the option to control a wider range of electronics should consider one of Philips convenient universal-remote offerings.

Are remotes for older models of Philips TVs available?

You can find a wide variety of Philips remote-control models on eBay, including some for television sets that are many years out of production. Availability will vary, but its extremely likely that you will be able to find a remote thats compatible with your older-model Philips TV.

Content provided for informational purposes only. eBay is not affiliated with or endorsed by Philips.