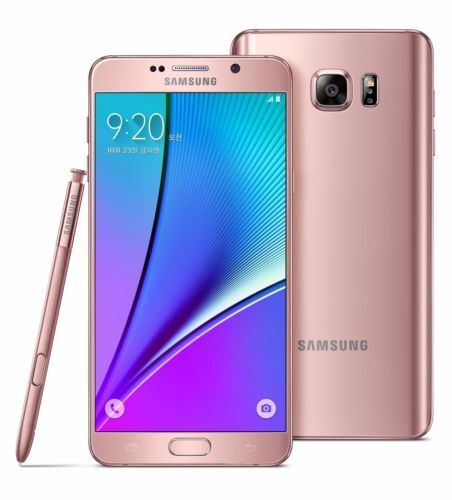 Samsung pink cell phones and smartphones are available with scores of features that you can use to perform various business and personal tasks. Samsung produced various different pink versions of the cell. This allows the company to offer consumers enough choices to find the appropriate one to fit their needs.

What networks can Samsung models like the Galaxy work on?

Depending on the specific Samsung device, it works with 2G, 3G, and 4G networks. Different subcategories of these networks exist so check the phone for further clarification. For example, the Samsung Galaxy could work with the 2G dual-SIM model as well as the 4G TD-LTE 2600.

What features can be expected with the Samsung Galaxy smartphone?

A pink Samsung phone, such as a Galaxy, can present a wide range of features. A particular Samsung phone could offer expanded use of communications features plus audio/visual functions and more. Prominent features include:

What traits are common with the built-in camera?

The cameras on these smartphones capture both still photographs as well as video. Optical stabilization, LED flash, and autofocus ensure the view through the lens doesnt suffer distortions after being captured. Both HD videos and images may be recorded simultaneously allowing for expediency in use. Videos recorded can be recorded at 2160p at 30 frames per second (fps) or 1080p at 60 fps, which presents a choice on how much power to use as well as the preferred image resolution.

Does the Samsung Galaxy work globally and with different providers?

As long as the Pink Samsung Galaxy phones are noted as being "global ready," they can work in a multitude of different locations all across the world. Such a smartphone would not be limited to the United States only. Also, when the Samsung Galaxy smartphone displays the "factory unlocked" notice, this means the unit isnt exclusive to a particular wireless service provider. The user may sign up for the service he or she wants.

Content provided for informational purposes only. eBay is not affiliated with or endorsed by Samsung.