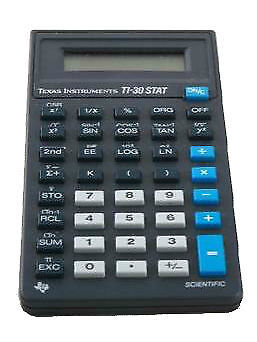 Texas Instruments has been providing students and professionals with advanced calculators for generations. All models are electronic and feature many different functions. They come in a variety of categories, such as graphing, scientific, financial, or basic.

What are the different types of Texas Instruments calculators?

A basic model is sufficient for simple calculations. It has fewer buttons and programs that other types. For calculating logarithms, trigonometry functions, and exponents, a scientific calculator is necessary. Graphing calculators can do all of that, while also being able to graph functions and data.

How are Texas Instruments calculators powered?

Some models, such as the TI-36X Pro and TI-34 MultiView, are powered by solar energy. This means exposing the screen to sunlight can recharge them. The TI-NSpire is charged through a docking station in a similar fashion to a smartphone. Others, like the TI-83 Plus, are powered by alkaline batteries. Certain calculators use more than one method to get their power. The TI-36X Pro is powered by solar energy, but accepts alkaline batteries as backup.

Texas Instruments suggests different models for different courses based on their functionality and features.

As the leaves begin to change, ring in theBack to School season by shopping for everything your kids or students need to start off the year right, from stationary to Texas Instrument calculators.

Content provided for informational purposes only. eBay is not affiliated with or endorsed by Texas Instruments.